The railroad and manufacturing have been partners since the beginning. The first railroads
were charted to move coal from the mines, to the cities where the factories were located. As
the railroads grew, manufacturers located their factories on the railroad and created distinct
industrial districts separated from the residential parts of most cities.

The industrial landscape is in constant flux as businesses come and go. Established industries often fail, but leave a trace of their past railroad connections with tracks still embedded in the ground leading to closed doors or vacant lots. These tracks are intriguing as they are often
discovered where least expected. Many times, a bit of industrial archeology will uncover an enchanted business history.

New industries arise, but now usually locate outside of the cities for better transportation,
economic and labor factors. These new factories and warehouses often sprout in planned
industrial parks, often owned by the railroads themselves. The buildings in these parks tend
to be Spartan and modest, usually with minimal decoration and signage, establishing a new industrial landscape aesthetic.

This industrial landscape is a mix of beauty and ugliness . . . which I find utterly fascinating 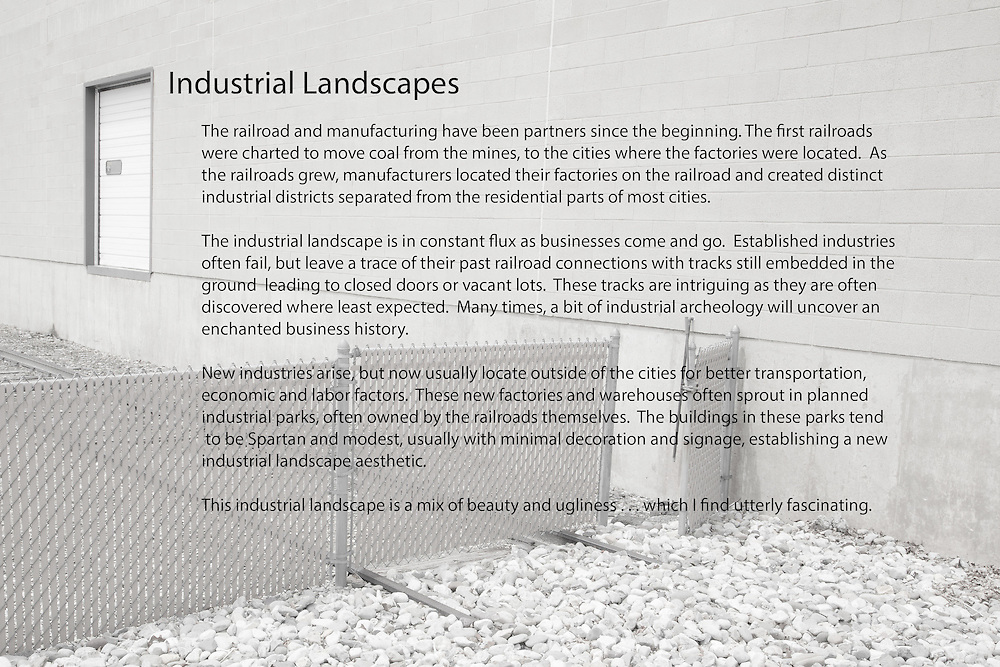